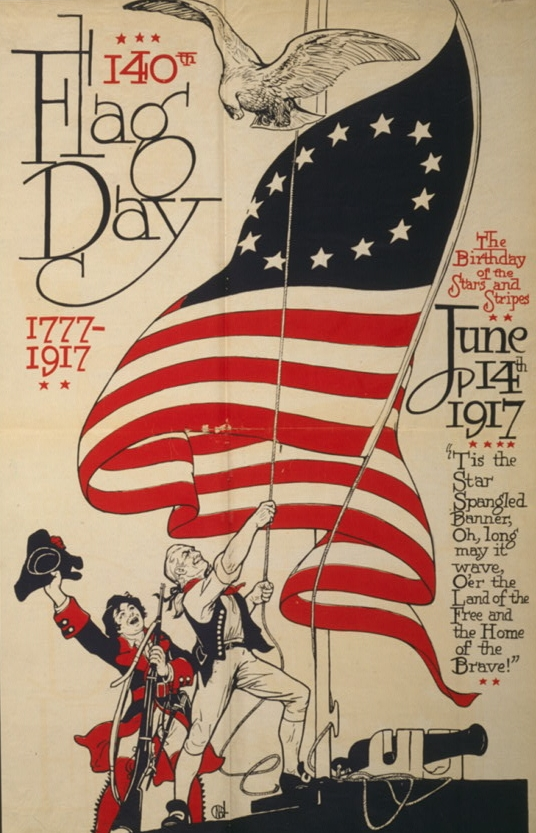 Working as a grade school teacher in Waubeka, Wisconsin, in 1885, Bernard J. Cigrand held the first recognized formal observance of Flag Day at the Stony Hill School. The school has been restored, and a bust of Cigrand also honors him at the National Flag Day Americanism Center in Waubeka.
From the late 1880s on, Cigrand spoke around the country promoting patriotism, respect for the flag, and the need for the annual observance of a flag day on June 14, the day in 1777 that the Continental Congress adopted the Stars and Stripes.

He moved to Chicago to attend dental school and, in June 1886, first publicly proposed an annual observance of the birth of the United States flag in an article titled "The Fourteenth of June," published in the Chicago Argus newspaper. In June 1888, Cigrand advocated establishing the holiday in a speech before the "Sons of America," a Chicago group. The organization founded a magazine, American Standard, in order to promote reverence for American emblems. Cigrand was appointed editor-in-chief and wrote articles in the magazine as well as in other magazines and newspapers to promote the holiday.

On the third Saturday in June 1894, a public school children’s celebration of Flag Day took place in Chicago at Douglas, Garfield, Humboldt, Lincoln, and Washington Parks. More than 300,000 children participated, and the celebration was repeated the next year.

Cigrand became president of the American Flag Day Association and later of the National Flag Day Society, which allowed him to promote his cause with organizational backing. Cigrand once noted he had given 2,188 speeches on patriotism and the flag. 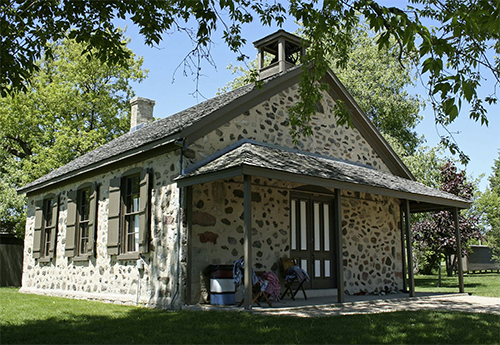 Stony Hill School, in Waubeka, Wisconsin, the site of the first formal observance of Flag Day.